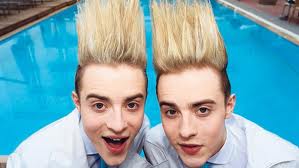 So… we just heard about the latest…

It’s due to happen tomorrow! If you’ve been before, they’re repeating Waterloo Sunset, as a few people were confused with the directions last time, so make sure you know where to go and get there early to be ready to play with the ukulele flash mob, in London! Have you registered?  You really ought to, they’re such a lot of fun!  All you have to do is register your place via their website, and you should receive an email back from them shortly afterwards. (Check your junk mail if it doesn’t arrive.)
Here’s the link to register – http://ukuleleflashmob.com/

There are a few videos floating around, but here’s the only official one we could find, from last year when they did it on the Lions in Trafalgar Square, in London.

There are some photos too, see here.

Right… off to memorise the words to Waterloo Sunset, and get ourselves ready for tomorrow!  Hope to see you there for a strum!