We are really excited to announce the arrival of the Brilliant, Belgian Ukulele Superstar Ukulelezaza, and the Ukulelezaza Strum Fun Workshop!  This event has been opened up to Learn To Uke Alumni. 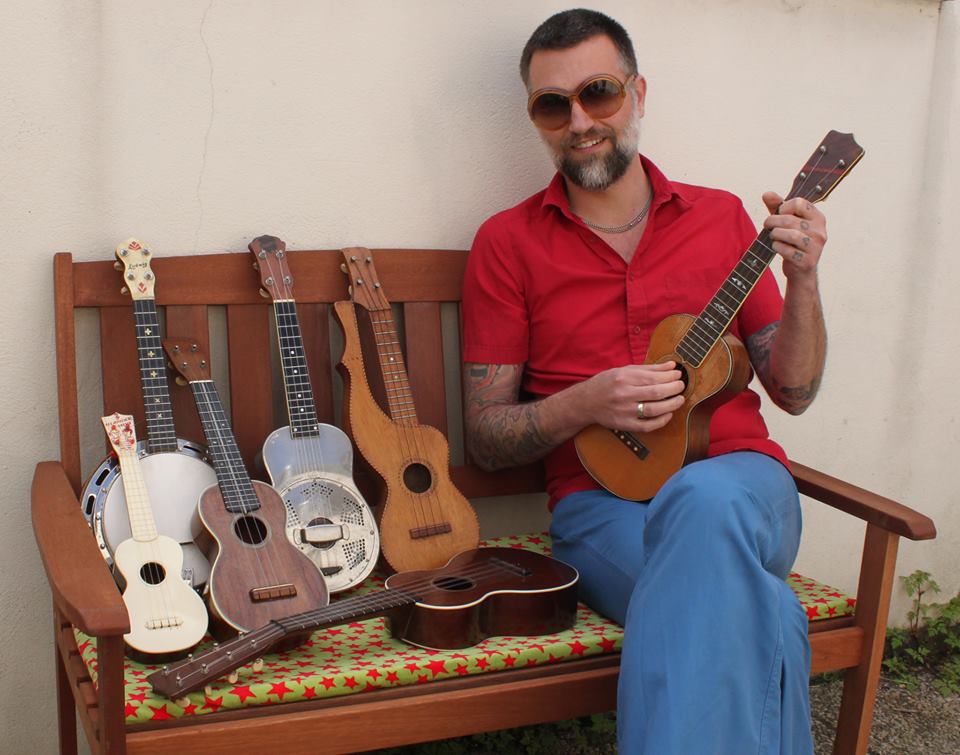 This is The Belgian Superstar Ukulelezaza

As a master of the right hand and a well experienced teacher, Zaza’s workshop on strumming techniques is a must-attend for anyone interested in traditional syncopated rhythm techniques, like the triplet, split stroke and swing jazz. One finger, two fingers, three fingers… You will leave this workshop with a few quintessential ukulele strums up your sleeve.

If you want to know all about the man himself, read on:

Ukulelezaza (real name Remco Houtman-Janssen) started playing ukulele at age 11, following in his mother’s footsteps, who organised George Formby meetings and sang and played ukulele and uke-banjo in several bands. In his teens he lost interest, but then rediscovered the uke in 1994, in his early twenties, and has been playing passionately ever since.

From the mid-1990s onwards Zaza played in Hawaiian bands for about eight years and attended about a dozen ukulele events in the UK, which formed the basis of his style of playing. Nowadays, when performing solo, Zaza mostly plays 1920s/30s music and original instrumentals, and uses a variety of ukuleles: Martin soprano and taropatch, National resonator, plastic Ukette and the instrument that started it all for him, the uke-banjo (a fine Ludwig). His gentle touch and overall right hand mastery rank him amongst Europe’s finest ukulele players, and he has performed at many ukulele festivals throughout the world. He is a well experienced ukulele teacher for all levels, with a bag of tricks second to none. Zaza is also the co-founder and organiser of the Belgian Ukulele Festival, which had its first edition in 2007.

Early 2011 he released his first solo album, Painting The Clouds With Sunshine, on which he plays ukulele, plectrum banjo, plectrum guitar and lapsteel guitar, backed by acoustic guitar, accordion, bass and tuba. Spring 2012 he published his first ukulele instruction book featuring tabs of his solo arrangements of famous and more obscure songs from the Golden Jazz Era. The book also features information about and plenty of photographs of the vintage ukuleles Zaza passionately collects, including Martin and National.

We serve cookies to personalise content and ads, provide social media features and analyse our traffic and their use of this site. Information about your use of our site is shared with us for that purpose. Click below to consent to their use. You can change your mind at any time.